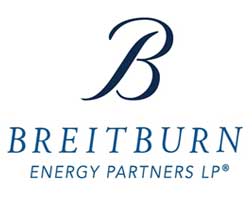 This is a surprise bid that could blow open the oil and gas producer’s bankruptcy reorganization plan.

A four-day bankruptcy confirmation hearing in U.S. Bankruptcy Court in Manhattan ended last month after a bitter valuation battle between Breitburn and its shareholders.

Parties were awaiting a ruling from U.S. Bankruptcy Judge Stuart Bernstein, who is overseeing the case, when Breitburn revealed in a letter to the judge that it had received the bid from Lime Rock, an oil basin acquirer and producer.

“The Lime Rock Resources team seeks to bid aggressively and to remain patient and flexible in negotiations,” the company said in a Jan. 31 letter to Breitburn that was filed with the court on Friday.

Houston, Texas-based Lime Rock’s US$1.8 billion “stalking horse” offer, which is an initial bid on a bankrupt company’s assets, tops a US$1.6 billion enterprise valuation by Breitburn’s investment bank.

The official committee of equity holders said they believed Breitburn was worth US$3.8 billion following a spike in oil prices since the company filed for bankruptcy in 2016. They argued in court that Breitburn had low-balled its valuation in order to favor creditors who stood to gain control over its assets.

Breitburn’s reorganization plan envisioned splitting its assets into two companies, one created through a US$775 million rights offering and the other through a debt-for-equity swap.

A group of unsecured creditors led by Elliott Management Corp and WL Ross & Co were set to own Breitburn’s Permian Basin reserves in Texas through their participation in the rights offering, while creditors with US$793 million of debt would own a second company with oil reserves in California, the Rocky Mountains, the U.S. Midwest and Southeast.

Following news of the Lime Rock bid, the equity committee asked the court to reopen the record to submit the new evidence and called for a hearing on Feb. 13.

The stakes are high for the equity holders because Breitburn is structured as a “master limited partnership,” which provides tax advantages when the company is profitable.

But when such companies file for bankruptcy, investors who hold their units can lose an entire investment and still be hit with a tax bill because the debt cancelled in the bankruptcy is treated as income.

Breitburn said it has given Lime Rock until March 9 to complete due diligence.