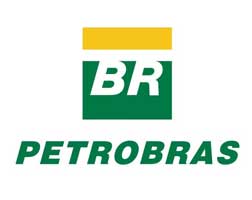 Investors are seeking approval for US$3 billion of settlements arising from the corruption scandal that hit Brazil’s state-controlled oil company, Petroleo Brasileiro SA, including a new US$50 million settlement with its auditor.

The new settlement, with Price waterhouse Coopers’ (PwC) Brazilian subsidiary, was disclosed in Manhattan federal court recently. Lawyers for the investors, led by the law firm Pomerantz in New York, plan to seek up to US$285 million in fees, according to the filings.

“We were keen to put this protracted legal matter behind us, and a settlement was the best way to achieve this,” said Márcia Avruch, a spokeswoman for PwC Brazil.

The settlements and attorneys’ fees must be approved by U.S. District Judge Jed Rakoff.

Petrobras said on January 3 that it would pay US$2.95 billion to settle a class action lawsuit by investors who said their shares lost value as a result of a sprawling corruption probe in Brazil focusing on the company.

If approved, the deal would represent the largest-ever settlement pay-out to investors in the United States by a foreign entity, according to a statement from Pomerantz recently. Though smaller than many analysts expected, it is among the largest investor class action settlements in U.S. history.

Petrobras has denied wrongdoing and has maintained it was a victim of misconduct by former executives. The company said in a court filing Thursday that it reserves the right to recover money from former executives and others accused of corruption who were not part of the settlement.

For the last four years, Brazil has been rocked by the so-called Car Wash investigation into kickbacks paid by contractors to executives of state-run companies and politicians in return for public projects.

The settlement put an end to “extremely high uncertainty” about the company’s potential liability, JPMorgan said in a January 3 client note, adding that it had expected a figure in excess of US$5 billion. Analysts at Brazilian bank BTG Pactual said the market had expected a settlement of US$5 billion to US$10 billion.Petrobras Chief Executive Pedro Parente said on January 16 that the company would not consider additional shareholder settlements in other countries unless forced to by law.