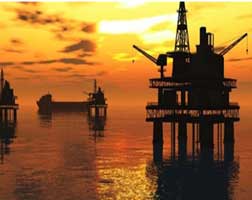 The International Energy Agency (IEA) said the global oil market is close to matching up as OPEC’s landmark production cuts are balanced out by increasing US supply.

The compliance rate with the agreement among members of the Organization of Petroleum Exporting Countries (OPEC) and some non-members, including Russia, “has been impressive,” the IEA said in its monthly oil market report, giving a lift to oil prices.

But oil at above US$50 a barrel has, in turn, attracted higher-cost producers in the US back to the market, and frantic American drilling will push non-OPEC supply to surprisingly high levels throughout the year, the IEA predicted.“Although the oil market will likely tighten throughout the year, overall non-OPEC production, not just in the US, will soon be on the rise again,” it said in the report.

At the end of November, OPEC agreed to cut output by 1.2 million barrels per day (mb/d) from January 1, initially for a period of six months.Then in December, non-OPEC producers led by Russia agreed to cut their own output to 558,000 barrels per day.The aim was to reduce a glut in global oil supply that had depressed prices.

Reports this week said that OPEC kingpin Saudi Arabia is pushing the cartel’s producers to extend the agreement by another six months at their meeting in May.

The IEA made no prediction about such a likelihood, but said that a consequence of OPEC “hypothetically” renewing the deal would be to support prices more, and give further encouragement to US shale oil producers.

This means that non-OPEC oil production will soon be on the rise again.“Even after taking into account production cut pledges from the eleven non-OPEC countries, unplanned outages in Canada as well as in the North Sea, we expect (non-OPEC) production will grow again on a year-on-year basis by May,” the report said.

Meanwhile on the demand side, the IEA revised down its estimates for the worldwide thirst for oil, meaning there will be more oil available than previously thought.

“New data shows weaker-than-expected growth in a number of countries including Russia, India, several Middle Eastern countries, Korea and the US, where demand has stalled in recent months,” it said.
Demand growth for 2017 is now expected to be 1.3 million barrels per day, down from the IEA’s previous forecast of 1.4 million.

US production estimates in a weekly Energy Information Administration (EIA) report suggested domestic output continued to climb, potentially undermining an OPEC-led supply cut.“We see the weekly inventory and US production data being an important oil price driver but it conflicts with the OPEC signals,” said Hans van Cleef, senior energy economist at ABN AMRO Bank in Amsterdam.“We will see some sideways trading in the coming weeks.”