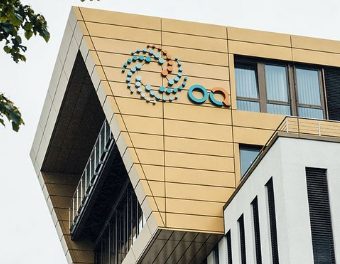 Chemical company OQ Chemicals, which is a part of Oman-based integrated energy firm OQ, has further expanded its production capacity for carboxylic acids. The company has invested in an optimisation and debottlenecking project for precursors at its plants in Germany. Structural work has already commenced, with completion planned before the end of the first quarter of 2023. OQ Chemicals is also investing in a partial reorganisation of its global network of multi-purpose production plants to boost efficiency, improve infrastructure, and further strengthen production capabilities. The new capacity is expected to be available to the market in 2024.

“For instance, OQ Chemicals’ carboxylic acids can be used to produce highly efficient lubricants for smart, eco-friendly, and energy-saving air conditioning systems, which are becoming increasingly vital in a world of rising and extreme temperatures. In the animal feed industry, our customers use our products to manufacture innovative feed additives that can benefit animal welfare.”

“At OQ Chemicals, we prioritise both fulfilling our customers’ current needs and preparing for their future requirements. Our investment into this capacity increase project aims to support our customers in their growth and will further strengthen our leading position in the global market. We’re committed to the market to provide a comprehensive product portfolio and be a dependable source for Oxo Performance Chemicals,” commented Oliver Borgmeier, CEO of OQ Chemicals.

OQ Chemicals (formerly Oxea) is a global manufacturer of oxo Intermediates and oxo performance chemicals such as alcohols, polyols, carboxylic acids, specialty esters, and amines. These are used to produce coatings, lubricants, cosmetic and pharmaceutical products, flavours and fragrances, printing inks, and plastics. It employs more than 1,400 people worldwide and markets its chemicals in more than 60 countries.