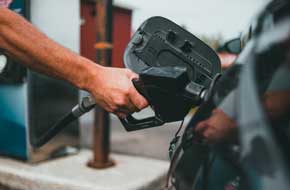 Less than a month after introducing two tax regulations on oil companies, India has decided to make drastic changes: it has scrapped tax levied on fuels and eliminated an export levy on gasoline. The government said that the total cut of 8 rupees, or 10 US cents, will help major Indian suppliers such as Reliance Industries, Oil and Natural Gas Corp., and Oil India.

The changes took effect on July 20.

The tax cut concerns a 6-rupee export tax per litre on petrol; tax on diesel and aviation-fuel exports would be cut by 2 rupees a litre.

India imposed the taxes on July 1, joining a growing number of nations placing windfall levies to tap energy companies’ booming profits. But international fuel prices have since eroded profit margins of both oil producers and refiners.

International crude prices have slumped since mid-June on concerns about a potential global recession, while returns from Asian processing of gasoline and diesel plunged in recent weeks.

Oil and gas consultancy FGE has warned of a further decline in margins this quarter due to increased supplies.