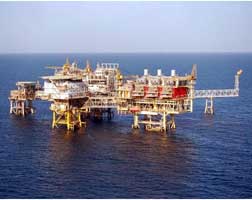 On 20 February, government-owned Oil and Natural Gas Corporation Ltd. (ONGC) and Oil India Limited (OIL) said that India’s central government will pay the royalty on crude-oil production from onshore fields to the state governments of Gujarat and Assam. This settlement is credit positive for ONGC and OIL because it removes more than Rp261 billion (US$3.9 billion) of contingent royalty liability for both companies without any further cash outlay from these companies.

As of December 2016, ONGC reported contingent royalty liabilities of Rp157 billion and OIL reported Rp104 billion for production since April 2008. In July 2016, the central government directed ONGC and OIL to pay royalties to all crude-oil-producing states at pre-discount prices on onshore production since February 2014. Consequently, ONGC paid Rp25.6 billion and OIL paid Rp11.5 billion to the state governments (i.e., the difference between pre-discount and post-discount prices for onshore production since February 2014), raising the likelihood that ONGC and OIL would be required to pay the entire claimed amount since 2008.

However, the central government has now decided to pay the remaining royalty claims for production between April 2008 and January 2014. The amounts the two oil companies already paid, which the companies have treated as deposits, will no longer be recoverable and will lower the companies’ pre-tax incomes for the fiscal year ending in March 2017 by their respective deposit amounts.

Since October 2015, the central government has not asked ONGC and OIL to provide discounts, given low oil prices and consequently low fuel subsidies. Therefore, there was no difference between pre-discount and post discount prices, and no additional royalty claim on onshore production since then.

If Brent crude-oil prices increase to above US$60-US$65 per barrel on a sustained basis from US$56 per barrel as of 21 February, we expect that ONGC and OIL will be asked to share the subsidy burden once again and there will be a difference between their pre-discount and post-discount prices. Paying royalties on a pre-discount basis would reduce the companies’ profitability.

The effect on OIL would be more negative than on ONGC because OIL derives its entire Indian production of crude oil from onshore blocks, whereas ONGC derives less than half of its production of crude oil in India from onshore blocks. However, we expect that the central government will base the share of any future subsidy burden after taking into account the difference in ONGC’s and OIL’s royalty claims and make OIL’s subsidy-per-barrel share lower than ONGC’s to compensate for its higher royalty payments.

Over the next 12-18 months, we expect the fuel subsidies to remain low because we expect oil prices will remain below US$60 per barrel during this period. Thus, the royalty issue will not be an issue for at least next 12-18 months.