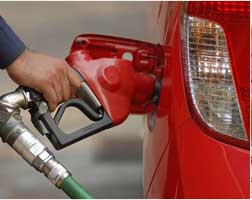 The petroleum ministry has increased the monitoring of oil and gas fields given to state-owned firms like ONGC, in compliance with the steep target of cutting reliance on imports set by Prime Minister Narendra Modi.

“Most of our production of oil and gas come from nomination fields with ONGC and Oil India. We have now started monitoring those fields and have given new benchmarks to the national oil companies to increase production,” Oil Minister Dharmendra Pradhan said at an industry event.

Pradhan said there is a need for introducing new thinking, new technology and remaining ahead of the curve.

“I am told E&P sector should have major investment in ‘Internet of Things’. Digital oil fields, all infrastructure linked to the network, ability to monetize micro reserves are the new areas we need to look at,” he said.

He cited the example of a marginal oil field in Vienna where sensors and small in-house innovations were used to reduce cost of production and monetize small gas production.

“In contrast, in India we have practices like having idle rigs and other assets; unscientific inventory and HR management; flaring of gas and remaining which are keeping us behind the technology curve,” he said.

Investors were invited by the minister to come and invest in oil and gas exploration and production under liberal fiscal policies like pricing and marketing freedom, and minimal government interference in management of contracts.

There has never been a better time to invest in India’s E&P given the ample opportunities available, he added.