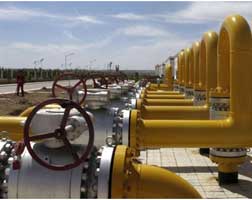 China is moving to improve its pricing mechanism for urban gas distribution, lowering the price that companies charge for delivering gas to users in some cities, the country’s top economic planner revealed.

China will link the price of independent gas distribution to the costs borne by companies, while allowing them enough room to turn a profit, according to an NDRC guideline.

The permitted total return on investments after tax for gas distribution firms should not exceed 7%, a standard defined after taking into account both the required return of gas companies and the need for lower gas prices for city residents and small firms, NDRC said.

Seven percent has been set as the limit nationwide; however, local authorities should also take into consideration the different degrees of development of the local natural gas market when setting their own maximum return requirement.

In the short term, the changes in the pricing mechanism should lower, what many deem to be, the current overpriced gas distribution costs in some cities.In the longer terms, the mechanism will lead to more reasonable prices on every link of the natural gas supply chain, supporting the healthy development of the industry, NDRC said.

While China has been actively opening up the initial offer and final sales price of natural gas to market forces, the government strictly supervises the midstream transmission and distribution prices.