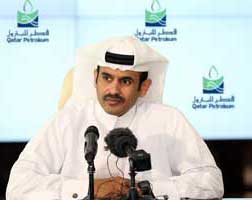 Against the backdrop of the diplomatic crisis involving Qatar and its Gulf neighbours, which started last week, Qatar Petroleum’s CEO Saad Sherida Al-Kaabi has issued a statement to say that it is “business as usual”.

The statement read, “Qatar Petroleum (QP), and its subsidiaries, wishes to affirm that it is conducting business as usual throughout all its upstream, midstream and downstream businesses and operations, and in all activities across all of QP’s world-class facilities.”

The Arab states have blocked their airspace, ports and shipping lanes to Qatar and in an attempt to reassure customers, the state-run company has said that it had “mobilised all available resources” to mitigate any actions that could disrupt supplies.

“We are closely monitoring and assessing all developments, and are prepared to take the necessary decisions and measures, should the need arise, to ensure that we always honour our commitments and obligations to all our customers and partners locally, regionally, and internationally,” the statement said.

Qatar is the world’s largest exporter of liquefied natural gas (LNG) and produces up to 77 million tonnes/year of gas. It contributes to more than 30% of the global LNG trade.

Qatar is also a major exporter of natural gas by pipeline to its neighbours. In addition it is the largest exporter of helium and gas to liquids (GTL) and natural gas liquids (NGLs) as well as fertilisers, refined products, petrochemicals, steel and aluminium.

In April, Qatar said it was boosting output in the world’s largest gas field, the North Field, off the Gulf state’s northern coast, which it shares with Iran.

Flushed with resources, the tiny emirate has been transformed into one of the richest countries in the world, propelling it to rise to prominence in the international markets as well as its ability to provide funding for huge infrastructure projects such as the World Cup football, which it is slated to host in 2022.

The spat with Qatar and its Gulf neighbours has come about as a result of countries like Saudi Arabia, the UAE, Egypt and Bahrain cutting ties with Qatar over what they say is the country’s financing of extremist groups and its ties to Iran, Saudi Arabia’s regional arch-rival.

Qatar has denied the claims and says it is the victim of an orchestrated campaign to force Doha to change its foreign policy, according to a news report by Al Jazeera.

While the US President Donald Trump had tweeted support for the move to isolate Qatar over its alleged financing of extremist groups, late last week Secretary of State Rex Tillerson urged Qatar’s neighbours to ease their blockade.

The statement issued by QP also listed the countries that are reliant on Qatar for their power generation and other energy requirements. Amongst the Asian countries mentioned were: India, China, Japan, South Korea, Pakistan, Taiwan, Thailand, Singapore and Malaysia. Most of Qatar’s gas, 72% according to the US Energy Information Administration, is exported to Asia via sea.

Other countries across the world that rely on Qatar’s gas exports include the UK, France, Turkey, Brazil and Argentina.