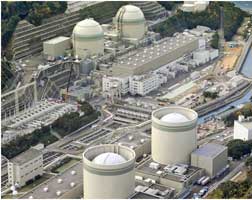 Japanese electric utility Kansai Electric Power and trading house Itochu Corporation are taking advantage of the shale gas boom in the US by jointly building and operating a natural gas-fired power plant in the country.

The plant’s generating capacity will total about 1 million kilowatts, roughly on a par with a nuclear reactor, putting this among the largest US power projects for both Japanese companies. The facility will be run by a joint venture 50% owned by the Itochu group, 30% by the Kansai Electric group and 20% by German industrial giant Siemens.

The facility will be located in the northeastern state of Pennsylvania, near a shale gas well, providing ready access to cheap fuel. Gas and steam turbines, to be provided by Siemens, will be used in tandem for efficient power generation.

Itochu’s electricity operations center on the US, with stakes in 16 plants there. This project will bring the trading house’s total U.S. generating capacity to roughly 2.5 million kilowatts, among the most for a Japanese company. Itochu’s machinery segment, which includes its power business, logged a 46.4 billion yen net profit for the fiscal year ended March 31.

Kansai Electric began looking overseas more recently amid tough times at home. It has brought only two nuclear reactors back online after the 2011 Fukushima Daiichi disaster, and it has faced stiff competition from industry newcomers since the liberalization of the retail electricity market in spring 2016.

The company aims to spend 500 billion yen abroad between fiscal 2016 and fiscal 2025 to spur growth. It has invested in two other US power plants.