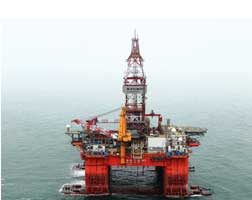 Indonesia’s oil and gas sector, once considered to be a cornerstone of the country’s economy, is now in a slump as it faces a decline in oil revenue and a rise in fuel import prices.

The country’s oil and gas sector is hit by the drop in global prices, changing regulations, and competition from neighbors that are proving more attractive to international energy companies.

With an economy growing at a 5% clip and the government embarking on a vast infrastructure roll-out, the oil and gas industry is sounding alarm bells over the decline of a sector that five years ago accounted for almost 6% of Indonesia’s gross domestic product (GDP) but, last year, contributed only 3%.

Tony Regan, an independent oil and gas consultant based in Singapore, said there is a lack of long-term vision for the sector in Indonesia as the country seems to have accepted the decline in its oil production instead of having a positive outlook and working to turn the situation around.

Investment for exploration in Indonesia shrank to US$100 million (S$137 million) last year from US$1.3 billion in 2012, according to government data. A lack of drilling success and commercialization issues have weakened Indonesia’s outlook, and spending is likely to drop further, said Johan Utama, a Souteast Asia oil analyst with Wood Mackenzie.

During the days of former president Suharto, Indonesia pumped about 1.5 million barrels of oil a day. Now, oil traders and executives complain of a dearth of exploration and “stagnant” investment. Part of that is caused by the drop in oil prices to around US$45 from the heady days of more than double that amount earlier this decade.

But Indonesia’s oil explorers are feeling the pinch worse than most, said Regan. The country has a reputation for being a difficult place for oil exploration and development because of the sheer difficulty in getting permits and approvals, he added.

The decline has also reduced the industry’s contribution to state coffers, which accounted for a quarter of the government’s revenue a decade ago. Last year, that had fallen to 3%.

Indonesia’s Energy and Mineral Resources Minister Ignasius Jonan said in April that the government was planning for expansion and aimed to lure as much as US$200 billion in investment over the next decade, offering incentives such as tax-free import of drilling equipment and simpler cost recovery.

Oil exploration and production spending worldwide is forecast to increase by 3% this year to around US$450 billion, with some neighboring countries leading the rebound, according to Utama.

“We’re expecting a healthy jump of investment in the near term in Brunei, India, Malaysia and Vietnam. The total upstream spend for Malaysia in 2018 is expected to grow about 20% compared with 2017,” Utama said.

The constantly changing regulatory environment “paints a picture of Indonesia as not being a stable place” for exploration, he said.