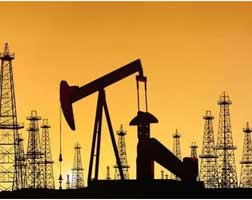 In line with the company’s strategy of maintaining share in the fastest-growing market, Saudi Aramco had agreed to supply at least one customer in Asia with incremental crude on top of contracted volumes next month, despite commitments to cut production in an OPEC deal, one of the sources said.

Saudi Arabia led a pact between the Organization of the Petroleum Exporting Countries (OPEC) and other major producers, including Russia, Mexico and Kazakhstan, to cut global crude output by about 1.8 million barrels per day (bpd) from January 1 this year, and bring supply closer to demand.

The Kingdom of Saudi Arabia had cut beyond the level pledged in the agreement and brought its output below 10 million bpd, Saudi Energy Minister Khalid Al-Falih said. Suppliers participating in the curbs have cut more than 1.5 million bpd, he said, exceeding what he called the market’s low expectations.

While supplies to Asia have been little changed, Saudi Aramco has been cutting supplies to some major oil companies in Europe and the US, industry sources have said. Nearly half of Saudi crude production is exported to Asia.