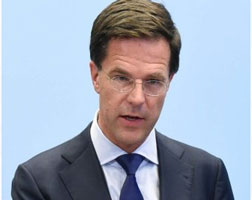 Dutch Prime Minister Mark Rutte said recently he wanted to make further cuts to production at the Groningen gas field, where output has already been cut by more than half in recent years.

“We have been reducing since 2012, from above 50 bcm (billion cubic metres) to 21 bcm, and the cabinet wants to reduce further,” he said.