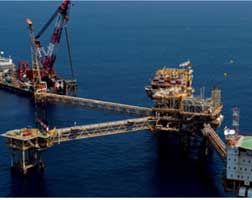 French energy company Total has brought on stream its offshore Badamyar gas project in Myanmar which will enable an extension of the Yadana gas field’s 8 billion cubic meters per year production plateau beyond 2020.

“Completed on schedule and with costs 20% below budget, this second start-up by Total in 2017 demonstrates our capacity to effectively implement cost reduction programs,” said Arnaud Breuillac, President, Exploration& Production at Total. “This project underscores Total’s commitment to develop gas projects to provide Myanmar and Thaïland with affordable, reliable and clean energy to support the countries’ economic growth over the coming years.”

The Badamyar project, which is located offshore 220 kilometers south of Yangon, involves the installation of a new wellhead platform connected to the Yadana production facilities, and the drilling of 4 horizontal wells to develop Badamyar gas field as a satellite of Yadana. The project also includes a new compression platform. Launched in mid-2014, the project was completed with no Lost Time Injury occurrences during the 5 million man-hours worked.

TEPM is also actively pursuing exploration activities in Myanmar, particularly in deep offshore, and currently holds significant interests in seven offshore blocks. On January 4, 2016, a gas discovery was announced on A6 block. Appraisal drilling will be conducted in 2017.

TEPM is committed to Corporate Social Responsibility as a core policy embedded in its operations. It prescribes Ethics, HSE, Code of Conduct and VPSHR principles to all stakeholders.