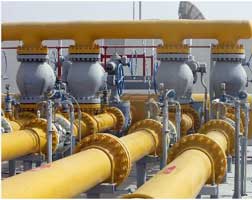 China’s natural gas imports and domestic production this year grew more than twice the expected amount, outpacing government projections and moving the country closer to its goal of making the fuel 10% of its energy consumption by 2020.

Official data for domestic production and imports shows that the total amount of natural gas available in China in the first five months of the year was approximately 72.0 million tons, up 5.9% for the same time frame last year.

The increases are more than double the annual rate needed in order for China to increase natural gas’ share of energy consumption from its current 5.9% to 10% by the end of the decade, according to a report from Reuters.

LNG has been the main source of the increased imports, with imports of the liquefied gas up 38.4% in the first five months of 2017 while pipeline imports dropped 4.4%. LNG is becoming a more competitive option for imports as the gas becomes less costly. Customs data from May shows that the average landed cost of LNG was US$7.28 per MMBtu.

This is higher than the US$5.25 per MMBtu of pipeline imports, however, the customs price excludes the cost of internal pipeline and distribution, meaning imports from Central Asia still have to pay to get from the border to demand centers. LNG, on the other hand, is consumed near where it is offloaded and re-gasified.

Natural gas is becoming an increasingly popular fuel source for power generation, offering a cleaner alternative to coal-fired electricity generation. Natural gas demand is expected to grow faster than both oil and coal through 2035, according to BP’s annual outlook. The main centers of that growth will be China, the Middle East and the US as all three look to significantly grow their use natural gas for power generation.

The increased demand in the US, and the increasing thirst for more natural gas abroad, could create as many as 2 million jobs in the US by 2040, according to the American Petroleum Institute. The natural gas industry, along with related economic activity, now employs four million Americans from drilling to pipeline construction. The report, based on projections from the Energy Information Administration, also predicted an additional US$1 billion in cost savings for the American consumer from lower energy prices and cheaper production of petrochemical products.

Some political obstacles remain, however, with protectionist trade talk making up a major part of US President Donald Trump’s campaign. API Chief Economist Erica Bowman said the group has been talking to President Trump’s administration about the benefits of open borders for natural gas producers looking to export.