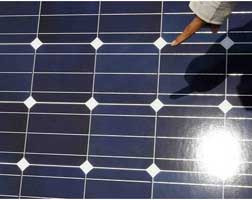 Two leading Japanese engineering and construction companies, Obayashi Corporation and Maeda Corporation, are significantly expanding their operations in the renewable energy sector in the next few years in order to create a stable revenue source apart from their cycle-prone core business.

Obayashi is aiming for a tenfold increase in its consolidated operating profit from solar farms and other renewable energy projects to about 2.3 billion Yen (US$20.4 million) in the year ending March 2019. Maeda projects a 150% gain to roughly 1 billion Yen.

Obayashi’s switch from a declining-balance to a straight-line depreciation method should also give a boost to the renewables segment’s profits by easing initial expenses.

Maeda will activate a solar power facility in western Japan’s Yamaguchi Prefecture this winter, bringing the group’s total solar capacity to 27MW including two existing facilities. The company intends to keep these assets as revenue earners, unlike the operational solar and wind farms it sold off in 2016.

It starts work on a new onshore wind farm this month and is considering moves into offshore wind power and biomass as well.

Obayashi forecasts group operating profit to grow 0.6% this fiscal year to 134.5 billion Yen, while Maeda projects a 16.9% gain to 27 billion Yen, which are record highs for both companies. Obayashi and Maeda are both seeking to diversify their earning sources as the current surge in domestic construction, fueled by redevelopment projects in Tokyo, is expected to eventually subside.