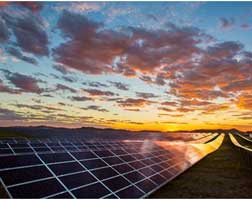 Fotowatio Renewable Ventures (FRV), a leading global developer of renewable energy solutions and large-scale solar power plants, has begun construction of two of the largest solar photovoltaic (PV) projects in Jordan that are expected to power 80,000 homes with clean energy.

FRV is also a wholly-owned subsidiary of Abdul Latif Jameel Energy and Environmental Services, the largest solar PV developer based in the Gulf Cooperation Council (GCC).

The solar plants – called Mafraq I and Mafraq II – will generate approximately 2% of Jordan’s total generation capacity, the company said in a statement.

It added that each project will avoid the emission of over 80,000 tons of CO2 per year, equivalent to removing approximately 17,000 cars from the country’s highways.

The projects will create an estimated 500 jobs during their construction and will supply power at 6.9 and 7.6 US cents per kWh, respectively, prices below the average cost of electricity in Jordan, the statement said.

Roberto de Diego Arozamena, CEO of Abdul Latif Jameel Energy, said: “These projects provide tangible evidence that solar can be a viable and sustainable energy source for the region.

“The fact is that electricity in Jordan will now be generated at low cost – less than the current average price of electricity in the country – and nearly 80,000 homes will be powered with clean energy. That is good news when it comes to highlighting the benefits of solar power and why countries such as Jordan and Saudi Arabia are rightly focusing their efforts on clean energy.”