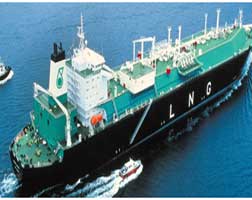 While Petronas’ decision is a blow to the regional economy and Canada’s ambitions of becoming a global LNG player, industry observers said the move was widely expected given years of delay to the huge project near Prince Rupert in the north of the province of British Columbia (BC).

It is also the latest setback for the country’s energy industry, already bruised by international oil firms selling off around US$23 billion in Canadian energy assets this year alone.

“We have a window of opportunity to develop BC’s LNG industry, but the next several years will be critical,” said Gillian Robinson, spokeswoman for the BC LNG Alliance. “We risk losing thousands of jobs and billions of dollars in benefits if BC does not have diversified access to markets.”

Pacific NorthWest LNG received approval from the Canadian government last year, but Petronas, which has been going through significant cost-cutting, delayed its final investment decision.

The project would have been Petronas’ biggest foreign investment and was seen as a sign of Malaysia’s global energy ambitions.

The C$36 billion price tag included around C$11 billion for the export terminal, C$6.5 billion in pipelines, the C$5.5 billion Petronas paid for Progress Energy and its natural gas assets and around C$2 billion a year expected to be spent on producing natural gas.

TransCanada Corp, which was contracted to build the pipeline connecting gas wells to the LNG terminal, said it will be reimbursed for costs associated with the project. It had spent C$500 million as of April, spokesman Shawn Howard said.

Petronas had planned to produce its own gas to supply Pacific NorthWest LNG, rather than buying it from other producers, but no LNG demand means firms like Painted Pony Petroleum and Seven Generations Energy will continue to see low gas prices, analysts said.

Of more than a dozen projects proposed for British Columbia, only the C$1.6 billion privately held Woodfibre project has so far been given the green light by its developers.

Michelle Mungall, British Columbia’s energy minister, said she will be calling other LNG companies to reassure them her government is ready to work with them, but BC Green Party leader Andrew Weaver released a statement saying the future does not lie in “chasing the fossil fuel economy.”

The ruling New Democratic Party, which formally took power this month, is backed by the environmentalist Green Party. Its rise has fueled uncertainty about energy development in the province.

Petronas and partners will continue to develop natural gas assets in Canada, Anuar Taib, chairman of the board of Pacific NorthWest LNG, said in a statement.

“We are disappointed that the extremely challenging environment brought about by the prolonged depressed prices and shifts in the energy industry have led us to this decision,” Taib said.