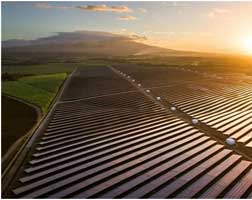 Equis is Asia’s largest independent renewable energy producer valued at up to US$5 billion (S$6.8 billion).

Japanese trading companies, global pension funds and buyout firms are also in the fray to buy Singapore-based Equis, said sources familiar with the matter, at a time when many Asian governments are expanding the use of renewable power and renewable energy costs are decreasing.

First-round bids for Equis are due this week, the sources said.

Equis owns a portfolio of 97 projects, comprising solar, wind and hydro-generation assets spread across countries, including Japan, India, the Philippines and Australia.

It is part of Equis Funds Group, which has raised US$2.7 billion in equity from global investors for infrastructure investments, mostly in renewables, over the past five years. Equis Funds was set up by a group of senior executives, many of whom worked at Australian investment bank Macquarie Group.

Bidders are forming groups so that they can divide the portfolio, as some buyers are keen to purchase only certain assets, the sources said.

Other potential suitors include Japanese financial conglomerate Orix Corp, which is teaming up with Dutch pension fund APG, and a joint bid from I Squared Capital – an infrastructure investor – and a Japanese trading company, the sources said.

Shell, SoftBank, Orix and Equis declined to comment, while I Squared and APG did not immediately respond to queries.