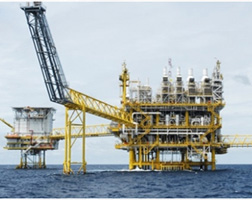 Argentina will extend subsidies for unconventional natural gas production to the Austral basin in the south of the country, the Energy Ministry said in a resolution published in the official gazette on Friday.

A program establishing an incentive price of US$7.50 per million British thermal units (mBtu) of new gas output expires at the end of the year. The government previously planned to extend those subsidies only for unconventional production from the Neuquen Basin, home to the Vaca Muerta shale play.

“After dialogue promoted by the national government between unions, companies, and the respective provincial governments… we considered it adequate to extend the stimulus policy to the Austral basin,” the Ministry said in the resolution, adding that the parties agreed to changes in labour agreements.

The change comes after state-run oil company YPF SA told investors last week it was disappointed by the removal of the subsidies in areas outside the Neuquen basin and would likely re-allocate investment toward crude oil.

The minimum price for the subsidies will gradually decrease to reach US$6 per mBtu in 2021. The payments represent a substantial cost for Argentina’s government as it tries to reduce its fiscal deficit, and it has fallen as much as 10 months behind in delivering the subsidies to companies.

Data from the Argentine Oil and Gas Institute show that the Austral basin, located mainly in Tierra del Fuego province, produces around 24 % of Argentina’s natural gas, making it the second-biggest producing basin behind Neuquen, which produces around 59 %.

Operators in the basin include YPF and the local unit of France’s Total SA.