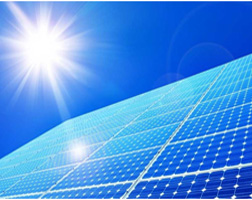 Thanks to its exposure to the Mediterranean sun and the pristine Adriatic Sea, Croatia secures almost 20 % of its gross domestic product from tourism – but in stark contrast, it has practically neglected electricity production from solar power.

The government is drafting a new strategy aimed at reducing energy imports which is likely to be completed next year.

“I set myself a target to promote solar power in that context as much as possible,” an official involved in the work, who asked not to be identified, said.

According to the International Renewable Energy Agency, Croatia, which imports nearly 40 % of its energy needs, could develop 3,200 megawatts (MW) of solar power by 2030, but the lack of a supportive legal framework has deterred investors.

Croatia has installed power of 4,500 MW, mostly from coal and hydroelectricity. Renewable power accounts for 28 % of production.

It has only 52 MW of installed power in solar panels, some six times less than smaller neighbour Slovenia.

There are no new preferential contracts with investors due to the lack of a legal framework to implement the 2016 renewable energy law.

In addition, last month the government had to raise electricity prices due to high subsidies for renewables.

Stjepan Talan from the Solvis company, the only producer of solar panels in Croatia, started his business in 2008 planning to sell around half of its products at home and export the rest.

“Now we export virtually everything we produce to countries like Germany, France, the Netherlands, Italy, Austria … as there is in fact no developing local market,” he said.

Greenpeace has started a campaign to raise awareness that Croatia can make a significant leap towards energy independence by investing in green electricity from solar panels.

“Croatia has fewer solar panels than the Slovenian city of Maribor and 50 times less installed capacity than Greece, for example. It’s a shame,” said Zoran Tomic of Greenpeace Croatia.

A decade ago Croatia introduced feed-in tariffs for renewable electricity, but set low quotas for photovoltaic panels due to the technology’s relatively high cost at the time. Since then, investment costs for solar panels have dropped significantly but Croatia has failed to adopt.

“Maybe it would have been more interesting for investors to see lower price incentives, but higher quotas,” said Dubravka Brkic from the Croatian Energy Market Operator.

Edo Jerkic, an energy consultant, also said state power board HEP must be forced to ease and cheapen grid-connection procedures for producers of solar power.