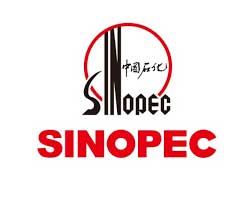 The company, also known as Sinopec, said their Fuling shale gas field, China’s first shale gas commercial production program launched in 2014, will reach an annual output of up to 10 billion cu m by the end of this year.

Proven geological reserves of shale gas at Fuling have exceeded 600 billion cu m, after the discovery of more than 220 billion cu m in additional deposits this month.

Sinopec’s natural gas output increased by 4.3 percent year-on-year in 2016, and it has pledged to further develop its resources in Sichuan, as well as in Erdos in the Inner Mongolia autonomous region.

Sinopec’s efforts are in accordance with China’s ambitious goal to wean itself off coal, betting big on a shale gas boom to decrease its dependency on coal and foreign gas imports, according to analysts.

“Sinopec’s Fuling project will play a leading role in achieving China’s goal of producing 80 to 100 billion cu m in 2030,” she said.

“Its shale gas production may contribute about 4 to 5 percent of China’s total gas consumption by 2020, and Sinopec can also strengthen its upstream unit, which is weaker than its domestic competitors PetroChina and CNOOC, by developing shale gas.”

The Chinese government announced in its 13th Five-Year Plan (2016-20) for natural gas that it is devoted to promote national gas usage and plans to raise the proportion of natural gas in the energy consumption mix to around 10 percent by 2020 from around 5.9 percent in 2015.

Natural gas imports will play an increasingly important role in the country’s energy mix, especially for coastal regions, which are far from pipelines and domestic gas fields, according to the Chinese government.

Wang said China’s shale gas resources could total to 21.8 trillion cu m, but technological and geological challenges may slow the development of the unconventional gas.

Li said despite being the third country that has successfully commercialized shale gas, where the sector might become a growing factor, China is far secondary to the US in shale gas commercialization mostly due to technological challenges.

Chances are low that China becomes the next shale gas superpower in the near future, and the cooling of the enthusiasm that foreign companies had for Chinese shale gas might also hamper the development, as expertise to access the immense shale deposits is also necessary, she said.

“We need the technology and the know how to diversify and reduce risks by working with these companies on complicated projects”, she said.

However, considering the natural gas price is likely to witness a surge in the future and given Sinopec’s dedication to increase shale gas output and reduce costs, the future is promising, she added.

According to the oil and gas reserve assessment office under the Ministry of Land and Resources, against the backdrop of low oil prices, China has come up with the core technologies for the exploration and development of the shale gas, while achieving the localization of key equipment.

China has also set more than 100 technical standards and substantially reduced the cost of shale gas exploration in Fuling.

The key equipment for shale gas exploration has been domestically manufactured after years of development, including the drilling of wells, testing, extractions and transportation, according to Sinopec.