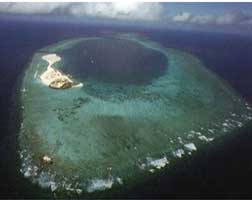 The Philippines may resume drilling for oil and natural gas on the Reed Bank located in the disputed waters of the South China Sea before the end of the year as the government prepares for a bidding in December to offer new blocks to investors, according to a Philippine energy official.

Exploration at the Reed Bank, called the Recto Bank by the Philippines, was suspended in late 2014 as the country pursued international arbitration over territorial disputes.

The bank is in waters claimed by China.

Ismael Ocampo, director at the Department of Energy’s Resource Development Bureau, told reporters the agency expected the suspension to be lifted in December.

China claims almost the entire South China Sea, where about US$5 trillion (£3.9 trillion) worth of sea-borne goods pass every year. Brunei, Malaysia, the Philippines, Vietnam and Taiwan also have claims.

Exactly a year ago, the Permanent Court of Arbitration in The Hague invalidated China’s claim to sovereignty over most of the South China Sea.

The ruling, which China refused to recognize, clarified Philippine sovereign rights in its 200-mile Exclusive Economic Zone to access offshore oil and gas fields, including the Reed Bank, 85 nautical miles off its coast.

“We will try to conduct seismic activities,” in the disputed waters, Ocampo said, hopeful that China would not complain and harass crews of survey ships to be deployed.

In 2011, Chinese patrol vessels almost rammed a survey ship at the Reed Bank contracted by a PXP Energy Corp unit.

President Rodrigo Duterte, who took power shortly before the Hague ruled in favor of Manila, has said he would raise the landmark ruling with China eventually, but he first needed to strengthen relations between the two countries.

Duterte, who has been cool towards old ally the United States, hopes closer ties with China will yield billions of dollars in loans and investment in infrastructure, the backbone of his economic agenda.

The Philippines, which relies overwhelmingly on imports to fuel its fast-growing economy, is under pressure to develop indigenous energy resources. Its main source of natural gas, the Malampaya field near the disputed waters, is due to run out in less a decade.

According to Ocampo, more than two dozen oil, gas and coal blocks, including additional areas in disputed waters, may be included in the offering in the December bidding.