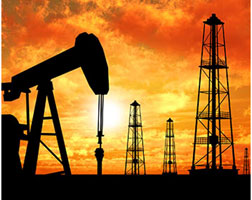 According to figures released by the OPEC recently, oil production in Venezuela plummeted nearly 13 % last years, hitting a 28-year annual low that suggested a deepening economic crisis and increased chances of a debt default.

The South American country produced 2.072 million barrels per day (bpd) in 2017 versus 2.373 million bpd the previous year, registering a near 300,000 bpd drop. That was the biggest fall among the 13 OPEC countries that have pledged to a production cut recently extended until the end of 2018.

Unlike voluntary cuts by producers like Saudi Arabia and Russia to stoke higher crude prices, Venezuela has been unable to stop a production decline for a sixth year in a row.

A destructive cocktail of insufficient investments, payment delays to suppliers, U.S. sanctions, and a brain drain have hammered the oil industry in the South American nation. The production fall has also hit oil exports –Venezuela’s main source of foreign currency to repay debt- and refining, creating intermittent fuel scarcity in the country and some of its main allies, such as Cuba.

An alleged crackdown on oil graft in the last few months, seen by critics as an effort by President Nicolas Maduro to consolidate power, has sown panic across the energy industry and all but paralyzed state oil company PDVSA, according to people at the company and across the sector.

It is a remarkable downfall for the OPEC member home to the world’s biggest crude reserves. The output drop has contributed to a bitter recession and hyperinflation that have millions of people unable to eat three square meals a day.

“The disaster continues,” tweeted opposition lawmaker Elias Matta on Thursday after the OPEC figures were released.

Venezuela’s Oil Ministry and PDVSA did not respond to a request for comment.

How low will it go?

Crisis-hit Venezuela’s oil gloom is set to persist this year.

January has seen an unprecedented surge in resignations, spurred by political pressure and salaries that often do not allow workers to eat properly, current and former PDVSA employees say.

Venezuela appointed a new oil czar, former housing minister General Manuel Quevedo, in November. He has no experience in the energy sector and has brought over associates from the military and the Housing Ministry, industry sources say.

Quevedo has vowed that Venezuelan output will rise to more than 2.4 million bpd this year, but has not provided details and most analysts are bracing for a further fall, with the big question remaining how low output will go.

Just in December, Venezuela’s production sank by about 216,000 bpd from November to 1.621 million bpd, OPEC figures showed on Thursday.

“Production levels and the quality of Venezuelan’s crude will continue to suffer as the government struggles to allocate sufficient cash for much-needed upstream investment,” said BMI Research in a recent note to clients.