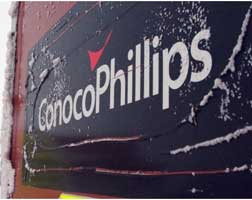 ConocoPhillips, an American multinational energy corporation and the largest independent oil producer in the US, is selling some of its natural gas assets in Canada that could raise as much as US$2 billion for the company.

According to sources who were familiar with the matter, the sale is expected to bring down the company’s debt load and re-balance its portfolio.

Based in Houston, Texas, ConocoPhillips has received several investment bank offers in recent weeks and the company is getting ready to hire a financial advisor to run the formal sale, according to the sources. Right now, they are looking at identifying properties and bundling them into saleable packages.

ConocoPhillips spokesman Rob Evans pointed out that in November last year, the company announced it would sell up to US$8 billion in natural gas assets in a move that would trim their capital budget by about 4%. This move would provide additional funds to bolster operations.

At that time, ConocoPhillips’ move brought into focus the energy industry’s increasing push for more efficiency in reducing the costs involved with drawing oil and natural gas from the ground, as well as the low commodity prices that have hampered the industry for the last two years. Chief Executive Officer Ryan Lance’s effort to reduce the company’s US$28.7 billion debt load is a bold move.

The company says it will sell some of its assets in western Canada, including Deep Basin, running from northwestern Alberta to northeastern British Columbia; Clearwater and Kaybob-Edson in west-central Alberta; and Plains, which straddles parts of British Columbia, Alberta, and Saskatchewan, according to NASDAQ.

The company will not sell its oil sands properties and assets it owns in the Montney region, but most of the rest of its Canadian assets will soon be up for sale. Major Canadian energy companies may be interested in the assets.