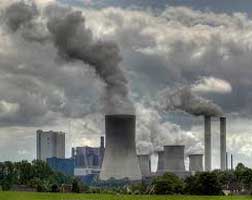 The plants will be located in Tanintharyi Region, Mon State, Yangon Region and Ayeyawady Region. Arguments are heating up in Ayeyawady.

Supporting the plan, Ayeyawady Regional Prime Minister Thein Aung said: “Other types of energy are not possible in Ayeyawady Region. We’ve already explored solar energy, wind energy and so on. They cost a lot. There is also no investment. In this region, hydro power is difficult to get. We can get natural gas, but the waiting time is unacceptable. I support coal power plants but they must be able to switch to natural gas.”

The official also said that clean coal technology can address the environmental concerns.

Among the opponents is Sein Myint, former Deputy Director of Myanmar’s Ministry of Mines.

He said Myanmar has the high potential for hydropower and windpower.

“If the prime minister thinks only coal will work, he should prove it. How much does he study this field? China, which used to be addicted to coal, is now turning to wind mills… As an expert, I don’t agree with the claim that only coal would work here.”

He added that coal must be imported and countries like China and India have turned to natural gas for electricity generating. This reflects through China’s huge ownership in the hydropower projects along the Thanlwin River (Salween River).

Daewi Thant Zin, leader of Myanmar Green Network, said that coal has been a major cause of air pollution.

“Our country must hold the people’s desire as a priority. I don’t want the projects, which have been rejected by the people and will harm our people’s health, to be implemented here.”

Hla Myat Thwe, regional parliament representative for No 2 Constituency, Yekyi Township, recently petitioned against the projects in the region, saying that the regional government has not yet sought parliamentary’s approval. He also favoured alternative energy sources – solar, wind and hydropower.

On this, regional prime minister Thein Aung said: “Research for the projects is still ongoing, and a proposal will be submitted to the regional parliament when all of the documents are available. At that time, there will be a public hearing. The projects will be implemented after the approval from Parliament.”

He also continued that the projects will continue only if the people accept them. He reiterated the message at a meeting with A1 Co and Ta Ta Power, which propose coal power plants in Ngayotekaung, a coastal area in Ngaputaw Township, which is the hometown of President Thein Sein.

The regional government recently sent a group of residents and selected journalists on a trip to Japan to learn more about coal-fired power plants, but did not invite a reliable translator or an expert on the trip. Participants reported that they were not allowed to meet with local residents around the power plants or environmentalists.

Residents of the Ngayotekaung coastline have submitted a petition signed by over 8,600 citizens to the president to stop the projects. The president has yet to respond to the petition.

At a Union parliament session last July, Myanmar’s Minister of Electric Power said although there have been many protests against coal power plants, they will nonetheless be implemented. – Nationmultimedia.com