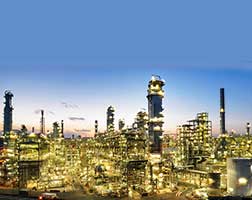 South Korean oil refiner S-Oil has said that it has no plans to reduce its output, even after posting the largest loss in its history of US$822.4 million (in the first quarter) due to the decline in oil demand. The pressure to maintain its status quo maybe coming from its largest shareholder state-owned Saudi Aramco, to provide an outlet for its crude supplies, according to market sources.

S-Oil plans to run the crude distillation units (CDUs) at its 580,000 b/d Onsan refinery at 100% of capacity until a turnaround projected in August. The refinery operated at about 94% in the first quarter, slowed only by a repairs to an offshore mooring facility in February.

Asia-Pacific refiners with relatively weak economic competitiveness are likely to cut production to weather the demand crisis, which S-Oil sees strengthening its bet for a margin recovery in the next couple of months.

Whereas other producers are cutting rates or moving up maintenance projects as the Covid-19 pandemic crushes product demand, especially for jet fuel and gasoline, S-Oil is staying put.

SK Innovation, South Korea’s largest refiner, is accelerating a turnaround project next month and may cut operating rates at its 840,000 b/d plant in Ulsan to 60-70% of capacity in June and July after running at 85% since March, said online research company Argus.