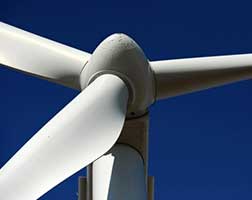 A deal has been struck to build a US$450m windfarm in Victoria, days after the renewable energy target finally passed parliament.

A consortium of five companies, including America’s GE and the Australian contractor Downer EDI, has agreed to finance and build the 75-turbine Ararat windfarm in south-west Victoria.

The project leader, Renewable Energy Systems, says the windfarm will be the country’s third largest when construction is completed in 2017. It will generate enough electricity to power the equivalent of 123,000 homes a year over its 25-year life span.

About 165 workers would be needed during the project’s construction, and at least US$7m was expected to be injected into the local economy over two years, he said.

The Australian Capital Territory government has already agreed to buy about 40% of the power the windfarm generates. – The Guardian