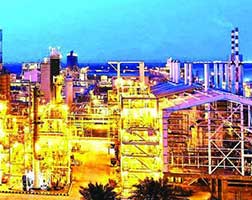 Saudi Butanol Company (SaBuCo) is preparing to start trial operations at its largest butanol plant in Jubail in the third quarter of this year.

Planned to be carried out for around six months, the trial operations will test equipment and production efficiency through technical licensing and contracts.

The new plant is expected to produce 330,000 tons of n-butanol and 11,000 tons of iso-butanol on a yearly basis, with an estimated investment of SR1.93 billion.

This joint venture of local petrochemicals aims to create added economic value through the efficient use of natural resources in the Kingdom to provide a new product based mainly on the support and development of local manufacturing industries.

The three partners in the joint venture will have equal stake in production quantities for use in manufacturing industries or for sales in local and overseas markets.

The butanol project will strongly support the coatings industry in the Kingdom. Potential investors can use the n-butanol and its derivates to introduce a wide range of coating products for the local, regional and global markets.

Located at Tasnee’s petrochemical complex in Jubail, the butanol plant will enhance global competitive advantages for the national petrochemical industry, and Tasnee’s integrated acrylates complex which is the first of its kind in the region.

SAAC is the biggest beneficiary of butanol project and its production capacity of acrylic acid is estimated at 160 thousand tons per year.

Moreover, SAAC production capacity of acrylic acid contributed to raise the Middle East share by nearly 6 % amid growing global consumption per year and fierce competition from global producers, particularly Chinese producers that have registered significant increases in the production capacities reached 700 thousand tons in 2007 and 2 million tons in 2014.

The Middle East acquires 2 % of the total global energy amounting to 5.1 million tons in 2013. China and North America hold half of the global production with 25 % each, Western Europe 22 %, Eastern Europe 1 %, South and Southeast Asia 6 % and North Asia 19 %. – Yahoo! News