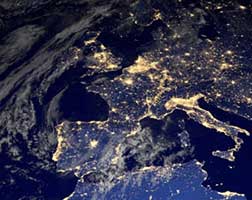 The Dutch Supreme Court said on Friday that energy producers and energy network operators must be split into separate companies.

In a ruling published on its website, the court said that a 2006 Dutch law requiring that the gas and electricity producers be separate businesses from network operators did not contravene European law, overturning an earlier ruling.

The case was brought by utilities Essent, Eneco and Delta. – Reuters