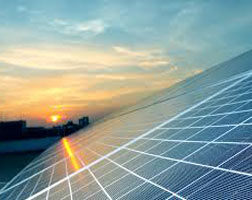 The European Commission has published a new study on the state of energy poverty across Europe and ways to combat it. The study found that while many EU countries do have measures in place to protect vulnerable people, nearly 11% of the EU’s population is in a situation where their households are not able to adequately heat their homes at an affordable cost.

This situation is estimated to affect around 54 million people in Europe (2012 figures). The scale of the problem is due to rising energy prices, low income and poor energy efficient homes, and it is particularly prevalent in Central Eastern and Southern Europe, the study says.

Under the EU’s so-called Third Energy Market Package, the responsibility for addressing energy poverty, identifying vulnerable consumers and putting measures in place lies with national governments. However, a number of EU countries do not currently identify or quantify vulnerable consumers, and therefore cannot adequately target energy poverty measures. Less than a third of EU countries officially recognise energy poverty, and only a few have an official definition in their national legislation.

The study found that financial interventions are a crucial means for the short-term protection for vulnerable consumers. In the longer-term, energy efficiency measures focussing on retrofitting buildings are a key part of addressing energy poverty. Strong incentives to encourage low income households to put energy efficiency measures in place, as well as raising awareness, are needed, it says. Moreover, consumers need transparent billing and information on price comparisons in order to make better energy choices, the study says.

According to the study, EU countries need to properly assess energy poverty and identify vulnerable consumers in order to be able to draw up appropriate measures. The European Commission already helps EU countries to do so. The Commission also facilitates the exchange of best practices via the Citizen’s Energy Forum and the Vulnerable Consumer Working Group. Moreover, the Commission is set to issue recommendations to national goverments on how to help vulnerable consumers through energy efficiency and other measures.

The study also recommends that the Commission should allocate a higher share of EU funds to renovation programmes for the energy-poor, low-income and vulnerable categories of people, while another recommendation calls for improved monitoring of energy poverty, leading to a better understanding of the situation. – Euroopean Commission