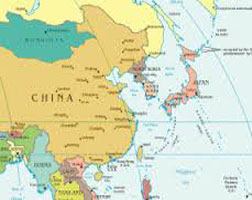 EAST Asia and Pacific might slow down this year despite the boost in oil prices.

Over the rest of the region as a whole growth is expected to pick up, reflecting a recovery in investment and consumption, partly driven by lower fuel prices.

The impact of lower fuel prices varies from country to country depending on net fuel imports, energy intensity in production, and the share of oil and gas in total energy consumption.

Cambodia, the Philippines and Thailand are expected to see growth boosted, while Malaysia and Papua New Guinea will see small GDP losses.

He added that lower oil prices will boost domestic demand in most countries in the region and give policy makers a “unique opportunity to push fiscal reforms that will raise revenues and reorient public spending toward infrastructure and other productive uses”.

“These reforms can improve East Asia’s competitiveness and help the region retain its status as the world’s economic growth engine,” said van Trotsenburg.