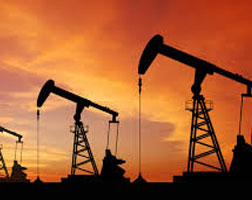 Many traders are calling a bottom in prices, as speculators in U.S. crude oil futures and options raised net long positions by 52 million barrels in the week to April 7, their biggest weekly rise since 2011, data from the U.S. Commodity Futures Trading Commission showed.

Reuters data shows that open interest in WTI strike options for US$60, US$70, US$80, US$90 per barrel on Nymex has risen steadily since January, showing that many traders are betting on rising prices. Even options volumes for US$100 a barrel have increased by almost 20 percent.

“Speculative market participants appear to be calling for a bottom in oil prices,” ANZ said in a note.

While prices may not fall much further, analysts said that a big price rally was also unlikely.

“Although there are tentative signs of demand improving and rig counts fell to the lowest level since 2010, an ongoing global market surplus – driven by swelling U.S. inventories and Saudi Arabian output to record high levels – should limit any potential rally.”

Others were even more cautious, warning that supply and demand fundamentals were deteriorating.

“Global oil fundamentals have been quite strong YTD (year-to-date), but we now see signs that physical markets are weakening. Global refining margins, while still healthy, have fallen materially. With U.S. runs set to ramp over the coming weeks, global turnarounds rising and product demand weakening seasonally, we expect product builds and pressure on global refining margins, which should diminish the appetite for non U.S. crudes,” Morgan Stanley said.

The bank said that production from exporters like Libya, Saudi Arabia and Russia as well as slowing demand for West African crude were also indicators of weak market fundamentals.

“All of these factors were a precursor to the price correction last summer,” Morgan Stanley said, referring to the halving of oil prices since June last year as soaring output clashes with slowing demand.

The bank said in a separate note that U.S. oil production costs were falling, allowing a “lower cost structure” for oil prices.