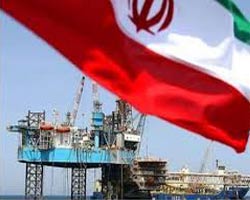 World oil markets will not see a significant rise in Iranian supplies for up to five years even if the OPEC member and world powers clinch a final nuclear deal by end-June, Fatih Birol chief economist and future head of International Energy Agency (IEA) said.

While the likelihood of an immediate jump in Iranian supplies looks slim, the chance of a steep fall in deliveries from other regions is rising as IEA estimates companies will cut investments by as much as US$100 billion in 2015 in oil exploration and production due to lower prices.

Iran and six world powers reached a framework nuclear agreement on April 2, spurring hopes for a final deal by end-June that would lift economic sanctions imposed by the West against Tehran’s disputed nuclear program.

“In three to five years we may see stronger (oil production) growth coming from Iran assuming Iran and global powers strike a final deal in June,” Fatih Birol, who will head the IEA from September, told Reuters in an interview in New Delhi.

He said there may not be a big growth in Iranian oil production immediately as Tehran’s huge and geological complex fields have not been maintained “in the best way” due to the sanctions.

Western sanctions have cut Iran’s oil exports by more than half to around 1.1 million bpd from a pre-2012 level of 2.5 million bpd, with the loss of oil income making it difficult to invest in new development and pay for the equipment and services needed to keep its production operating smoothly.

Birol sees a limited impact of the lifting of sanctions on Iran on global oil prices, which have been halved since June on supply glut mainly from the United States.

“We see a very sluggish economic growth prospects in Europe which is very important to determine the demand of oil growth,” he said.

While lower oil prices have taken US$100 billion of investment from the oil sector in 2015, geopolitical tensions in the Middle East have raised questions over the security of investments by global oil companies in the region, he said.

“If the slowing down of production and strong growth of demand come together, this may well put upward pressure on oil (prices) in the future,” he said.

IEA sees a big chunk of the 20 % investment drop in the United States, Canada and Brazil.

“This means production growth in the United States may well slow down and this is of course an important input for oil markets in next quarters to come … It is difficult to give a number but there may be a slowdown which may have an effect on oil coming from the U.S. in 2016,” he said.

Birol wants to build stronger ties with emerging economies such as India, China, Indonesia and Mexico and if possible bring these countries into any joint IEA emergency supply response.

IEA’s 29 member nations jointly accounted for some 70 % of global oil demand when it was formed 41 years ago. Now the group accounts for about 50 % of overall demand as new consumption centers such as India and China have emerged. – Reuters