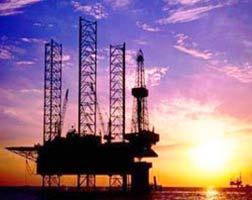 Despite an escalation in the Yemen conflict, one analyst said Thursday he does not believe the strife will have a major impact on the broader oil market.

“I don’t think Yemen has a lot of importance for the oil market. Yemen is a very small producer,” Francisco Blanch, head of global commodities and derivatives research at Bank of America Merrill Lynch, told CNBC’s “Squawk on the Street.”

Oil prices soared Thursday’s as Saudi Arabia began executing airstrikes against rebels in Yemen. In midday trading, WTI was about US$50.75 a barrel, while Brent crude was at US$58.70 a barrel.

Nevertheless, although Yemen’s crude output is a small, Arab producers have to ship oil past the country’s coastline via the Gulf of Aden to get to the Suez Canal, a key route to Europe. Blanch added, however, that “the passage into the Red Sea is pretty much secured by international navy operations, so I’m not very worried about physical supply disruptions coming out of Yemen.”

But, he said investors should still keep an eye on the situation. “The main issue in Yemen is whether the airstrikes that are being done by this coalition end up being a proxy war between the two key powers in the Middle East,” he said. “A proxy war in the Middle East is always a risky event for oil markets; there’s no question about it.”

The situation could also take a turn for the worst if nuclear negotiations with Iran are affected by the conflict, Blanch said. “[But] we don’t think that’s going to be the case either.” – CNBC