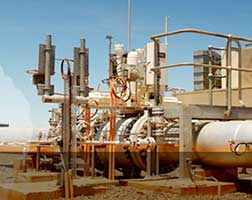 Duet to launch equity raising to help fund the bid

MELBOURNE – Australia’s Duet Group Ltd. said it would buy Energy Developments Ltd. in a deal that values the supplier of waste natural gas extracted from mine sites and garbage dumps at nearly 1.92 billion Australian dollars (US$1.41 billion).

In a joint statement released Monday, the companies said the Energy Developments board and its largest shareholders agreed to a A$8-a-share offer from Duet, a 3.6% premium to its last traded price. Separately, Duet said it would launch a A$1.67 billion equity raising to help fund the cash bid.

Energy Developments has more than 900 megawatts of installed generation capacity. It supplies remote mines and townships in regional Australia with power from metallurgical coal mines. It also supplies waste gas found in landfill operations in Australia, the U.S. and in Europe.

Duet Chief Executive Officer David Bartholomew said the deal when completed would immediately benefit cash flow, which will allow Duet to increase its payout to shareholders.

Energy Developments shareholders are scheduled to vote on the deal in early October. The companies said Energy Developments investors holding a total of nearly 86% of shares had agreed to accept the bid—including Greenpark Power Holdings Ltd., which has a 67% stake.

Greenpark, owned by entities advised by private-equity firm Pacific Equity Partners, got its controlling stake in 2010 following a hostile takeover bid that, at the time, valued Energy Developments at more than A$850 million.