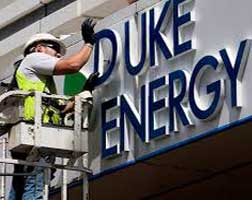 Global food manufacturer Mars Inc., best known for its candy products, is purchasing the power and associated renewable energy credits from the wind farm for a 20-year period. The facility began operations in April of this year.

“Mars is an industry leader in using sustainable business practices to meet its customers’ needs,” said Greg Wolf, president of Duke Energy’s Commercial Portfolio. “We’re proud to partner with Sumitomo to provide emissions-free wind energy to Mars and help them achieve their goal of carbon neutral operations by 2040.”

“Mesquite Creek Wind has been a landmark project for our company as the sixth renewable energy investment in the U.S.,” said Teruyuki Miyazaki, SVP and GM of Environment and Infrastructure Group, Sumitomo Corporation of Americas. “Having been involved in the financing and management of this project through its development, build-out and completion, we are very pleased to have Duke Energy Renewables share in ownership of the project and look forward to strengthening our partnership.”

The wind farm is located in Dawson and Borden counties, about eight miles from Lamesa.

Duke Energy and Sumitomo share ownership of the 131-MW Cimarron II and 168-MW Ironwood Wind Power Projects in Kansas, which began operating in 2012.