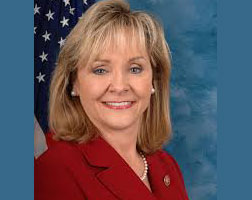 Oklahoma’s governor Mary Fallin said recently that earthquakes in her state is directly correlated to the oil and gas industry.

“We all know now there is a direct correlation between the increase in earthquakes we’ve seen in Oklahoma and the disposal wells, based upon many different factors, whether it is volume or location or whether it is on a fault line, how deep that disposal well goes into the earth itself,” Fallin said, according to The Oklahoman.

“Oklahoma recognizes there is an earthquake problem in our state,” she continued. “We’re trying to actively deal with it, come up with solutions and make sure they are based on scientific fact that helps develop a response plan to address this problem and ensure that homeowners and business owners and agencies are all working together.”

The council, which met Tuesday to brief Fallin, does not have regulatory authority. Fallin organized it to look into the hundreds of recent earthquakes Oklahoma has been experiencing, a sharp increase from the single-digit annual frequency of years past.

The state has already put in place standards for injection wells to stop the activities that are most closely linked to earthquakes, such as injecting near known faults.

Oklahoma has been resistant to blaming oil and gas for the earthquakes, despite years of conclusions from outside scientists studying the issue.

Only earlier this year did Oklahoma’s official seismologists declare that oil and gas drilling can cause the earthquakes.