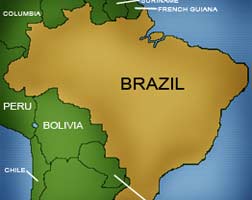 2, 000 megawatts of thermal power will be switched off in Brazil on Saturday as the country looks into hydro power systems improved after recent rains.

The move also follows the decrease of Brazilian’s spending power.

The country, which mostly relies on hydro power, had to resort to a network of backup thermal plants after two years of drought sharply reduced water levels at the main reservoirs.

The worst power crisis in 15 years left huge debts on the sector’s books that the government is trying to work out.

Braga said that turning off the thermal plants will reduce generation costs by 5.5 billion reais ($1.58 billion) this year.

But the country will still maintain connected some 10,000 megawatts of thermal production.

The plants that will be disconnected have a production cost above 600 reais per megawatt hour (MWh), while hydro plants produce power for around 120 reais per MWh on average.