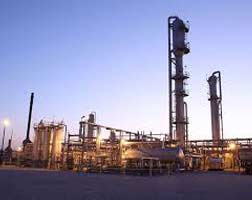 Energy Transfer Equity LP has entered its second round of bidding for William Companies, those familiar to the matter said.

William’s market capitalisation is estimated to be at US$39 billion.

The sources asked not to be identified because details of the sale process are confidential. Representatives for Williams and Energy Transfer declined to comment.

Williams decided to put itself on the auction block after it rejected an all-stock acquisition proposal from Energy Transfer in June, worth $53.1 billion at the time including the assumption of debt, aimed at disrupting Williams’ plans to acquire its pipeline subsidiary Williams Partners LP (WPZ.N) for $14 billion.

Energy Transfer will now have to outbid other suitors for Williams to avoid a hostile takeover. The sources said that Williams had attracted other bidders, though it could not be immediately established which other companies made it through to the second round.

TransCanada, Enbridge, Enterprise and Marathon did not immediately respond to requests for comment. Phillips 66 declined to comment.

Deals in the energy sector, especially oil and gas pipeline and processing companies, are turning to a more traditional corporate structure as advantages associated with a master limited partnership (MLP) wane over time.

Energy Transfer would be the latest MLP to propose using a C-corporation as a way to maximize tax advantages, increase cash flows and broaden institutional interest.

The sector had previously embraced the MLP structure because the tax burden is passed through to investors who receive fat yields. Because the partnership pays no taxes, it has a lower cost of capital.