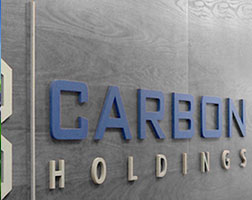 DUBAI – Egypt’s privately owned Carbon Holdings has signed a debt financing deal with the UAE’s Gulf Capital ahead of the planned construction later this year of a major petrochemicals complex at Ain Sokna on the Suez Canal.

The five-year Dirham 92 million (US$25 million) loan will finance the development and expansion of three of Carbon Holdings’ key projects, the company said Tuesday.

The signing of the loan facility means Gulf Capital becomes Carbon Holdings’ first institutional investor, ahead of a planned public offering on the Cairo stock exchange.

Tahrir Petrochemicals, which was first launched in 2011, is Egypt’s largest petrochemicals project and is finally due to start construction in the third quarter of 2015.

The complex’s naphtha feedstock will be supplied by Transammonia along with the product offtake.

Originally due for completion in 2017, construction is now not expected until late 2015 or early 2016 and Carbon Holdings hopes the complex will be ready for commissioning in 2019.