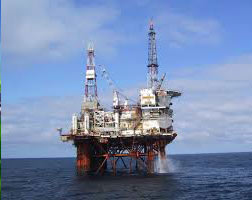 Last week, Baker Hughes (BHI) released its weekly United States crude oil rig count report. The data showed that the oil rig count marginally dropped by one rig to 659 for the week ending May 22. This is the lowest decline for US rigs in the last 24 weeks. The last time this happened, oil rigs dropped by two rigs to 1,572 active rigs for the week ended November 28, 2015. Last year, active oil rigs were at 1,528. The year-over-year change is a decline of 869 rigs—almost a 59% decline. Oil rigs fell 35% year-to-date, led by a decrease in crude oil prices since mid-June 2014.

On the other hand, Texas’s Eagle Ford Basin oil rigs increased by three oil rigs for the week ended May 22. The United States active oil rig count peaked at 1,609 in October 2014. The recent surge in oil prices has slowed down the oil rig count. This indicates that drilling activity could increase in the United States. The increase in drilling activity benefits oilfield companies like BHI, Schlumberger (SLB), and Halliburton (HAL).

Last week, the EIA (U.S. Energy Information Administration) reported that the US stockpile declined for the third week in a row. The EIA reported that the inventory declined by 2.67 MMbbls (million barrels) to 482.2 MMbbls for the week ended May 15. The EIA added that stockpile at Cushing, Oklahoma, dropped for four consecutive weeks. Stockpiles at Cushing dropped by 241,000 barrels to 60.44 MMbbls (million barrels) for the week ended May 15.