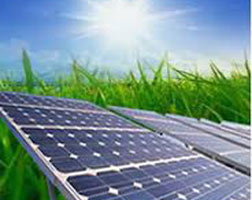 Twenty-three (23) photovoltaic power plants with a capacity of 343 megawatts (MW) are expected to be delivered in the Central Gigh Plateaux and the South by the end of 2015, Chairman and CEO of Shariket Kahraba wa Takat Moutadjadida (SKTM, a subsidiary of Sonelgaz) Chahar Boulakhras told APS.

Over these plants, 13 plants with an output of 265 MW will be implemented in the High Plateaux, and 10 others in the South for a total capacity of 78 MW.

Some of these plants reached a “quite significant” progress rate, while that of Djanet (3 MW) is already operational since February.

This predictive capacity is part of the first stage of the National Programme for development of renewable energy (PNR), which aims to produce 22,000 MW of electricity from renewable sources by 2030, i.e. a 27% share of National electricity production park of which 4500 MW will be produced by 2020.

The total cost of these plants is around DZD 60 billion dinars, while each of them will create 250 job positions during the construction period for, as well as more than fifty jobs during the exploitation stage.

The first stage of the program which will end in 2016 consists in an experimental step in the development of pilot projects to properly and efficiently “orient the implementation of projects in the future in the large-scale deployment,” said the head of SKTM which was created with the aim to control the PNR on behalf of Sonelgaz. – Allafrica.com