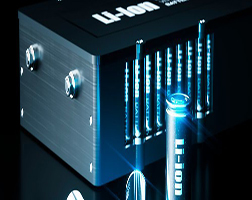 According to Mitsubishi Chemical in Japan, it will spend billions of yen on increasing the output of lithium-ion battery electrolyte. These funds will invest in upgrading the equipment of factories in the US, Britain and China, which aims to increase the annual global production capacity to 90,000 tonnes by 2023.

It is reported that at present, Mitsubishi Chemical holds a 20% share of the global market in lithium-ion battery electrolyte. Over the past decade, Mitsubishi Chemical has cooperated with Shida shenghua, a supplier of solvents, which underlines its advantages by the means of the high-performance electrolyte that contains additives for protecting electrodes to inhibit the generation of gases.

Mitsubishi Chemical and Shidashenghua together have nearly 300 patents related to the electrolyte. They will find the best manufacturing method for battery manufacturers by the means of these patents. At present, the products have spread in vehicle lithium batteries in Japan, the US, Europe and other markets.

Except Mitsubishi Chemical, other Japanese material manufacturers such as JFE, holdings and Sumitomo chemical are also constantly prompting the quality and output of their products to confront with the challenges from Chinese enterprises.

It is reported that Shidashenghua currently holds 90% of the market share in lithium electrolyte exports. Attributed to the large capacity expansion of Japanese electrolyte enterprises in the later stage, the lithium solvent demand is huge. Shidashenghua remarks that it would increase the export proportion as much as possible, and has built a subsidiary in Japan for strengthening the R&D cooperation with Japanese electrolyte enterprises.

A electrolyte expert in Mitsubishi Chemical remarks that, in the global solvent market, only the quality of Shidashenghua’s solvent is the best. For high-end power batteries, Shidashenghua’s solvent is their only choice as the electrolyte. The safety performance requirement of power batteries is very high, consequently, the certification cycle of lithium electric solvent limits in 8-10 years.