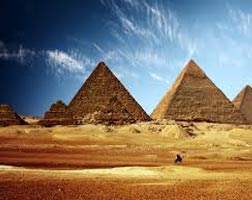 Egypt’s efforts to chip away at a daunting budget deficit have taken hold, with Cairo reporting that the government spent about 30% less on fuel subsidies during the first half of this fiscal year compared to the same period in 2014.

Coupled with myriad other financial challenges facing the country, energy subsidies have proven especially difficult to manage or reduce, creating an enormous challenge for the government’s attempts to draw down its daunting debt.

According to Sherif El Diwany, Executive Director of the Egyptian Center for Economic Studies in Cairo, government subsidies made up about one-third of the government’s budget in 2014 and 75% of that amount is set aside for energy sector subsidies. Despite calls for reform both domestically and internationally, reducing that support system has been especially difficult.

Cairo began chipping away at the subsidies, which had previously been politically untouchable due to the high number of people who relied on them. Last summer, the subsidies were reduced by up to 78 %, according to local media reports. The country’s energy standing was further helped by the sharp decline in oil prices in recent months, allowing some breathing room for the import-dependent nation.

As a recent Vox report noted, falling global oil prices have provided some cover for governments like Egypt’s to finally dial back expensive and ultimately unsustainable subsidy programs, as the reductions don’t land quite the same punch when prices are already lower. This is especially true in a place like Egypt where the revenue needed to pay for said subsidies is not attached to a country’s own energy earnings, such as Venezuela.

Egypt has a long history of energy challenges, though they have grown especially daunting over the last four years. With the collapse of the long-standing government of Hosni Mubarak, the country of over 80 million found itself economically isolated, which served to reduce its foreign reserves and with it, the ability to keep up payments to oil and gas importers.

At the same time, the country’s domestic production has continued to slow, a situation made worse by a series of attacks on eastbound gas pipelines to buyers in Israel and Jordan, further reducing needed energy sector revenue.

In addition to assisting Cairo in their efforts to draw down debt, the subsidy progress also helps Egypt improve their standing in the eyes of international lenders and ratings agencies. Across the world, subsidy programs have been strongly criticized for their cost and unsustainability.

According to a Cairo Post report, subsidy reforms were a contributing factor to the recent upgrade of the country’s credit rating by Fitch Ratings. – Forbes.com