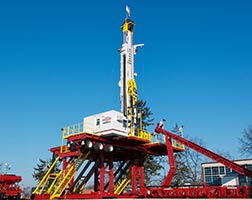 Oil and natural gas producer Magnum Hunter, which has been struggling with weak natural gas prices, said in June that it expected to raise US$600 million-US$700 million by selling its 45.53 % stake in Eureka Hunter.

Magnum Hunter began working with the Bank of Montreal to auction its stake in Eureka Hunter after Energy Transfer made an unsolicited bid for the assets earlier this year, Bloomberg reported on Monday.