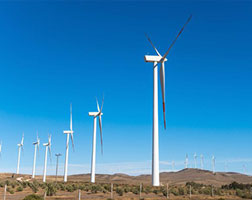 The Australian Capital Territory (ACT) has announced that Canberra will be fully powered by renewable energy by 2025,
The ACT targets90 % renewable energy within the next five years alone. It has also backed a series of large-scale wind and solar projects both locally and interstate.

Environment Minister Simon Corbell said shifting the target to 100 % would make Canberra a leader both nationally and abroad.

“It means more jobs and more investment in the ACT economy, it means a complete decarbonisation of our electricity supply sector which will see further reductions in our city’s greenhouse gas emissions,” he said.

“Most importantly it will see growth in the low-carbon economy, which means jobs and investment in our city, in our universities and in our research sectors.

“This is about seizing economic opportunity and recognising the enormous global market in renewables and wanting to attract some of that investment and some of that jobs growth to our city.”

Minister Corbell said the ACT was already well on its way to achieving a 90 % renewable energy target by 2020.

Power bills will go through the roof: Opposition

Opposition Leader Jeremy Hanson said his party supported renewable energy but that it would drive up power bills.

“Well we’re very supportive of renewable energy but the problem is if you go to 100 % the cost of that is enormous, what we’re going to see is power bills going up through the roof across Canberra,” he said.

“So already we’ve seen rates tripling and what Andrew Barr is now going to do is make everybody’s power bill unaffordable.”

Mr Hanson said the Canberra Liberals were still formulating their policy on a renewable energy target.

“We took a 30 % carbon emission reduction target to the last election so that remains our policy at this stage. We’re obviously re-examining that in the lead up to the next election,” he said.