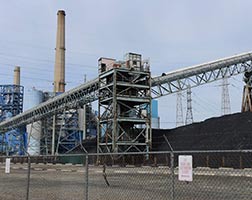 The White House on Monday increased its commitment to renewable energy on Monday when it announced new incentives for solar panels and other options for homeowners.

President Barack Obama will travel to Las Vegas, Nevada, later on Monday to unveil the new steps, which include an additional US$1 billion in loan guarantees for new research projects and near-term savings for homeowners using renewable energy.

The Department of Interior on Monday approved the Blyth Mesa Solar project in California and its transmission line, expected to bring enough solar energy to power 145,000 homes.

The moves are part of Obama’s “broader vision” for ameliorating the effects of climate change, which he will emphasize throughout the next week in trips to New Orleans and the Arctic, Brian Deese, senior adviser to Obama on climate, said on a call with reporters.

They come after Obama’s announcement earlier this month to limit carbon emissions from U.S. power plants by 32 % from 2005 levels by 2030.

That plan mandated a shift to renewable energy from coal-fired electricity to fight climate change, which Obama has called the greatest threat facing the world. Critics have said moving away from carbon-producing energies will drive up costs.

Steps announced on Monday aim to build on that plan with regulations aimed at boosting financial incentives to adopt alternative energies, the White House said in a statement.

Under the new rules, homeowners who adopt renewable energy will be able to do so with no cost upfront and pay back the cost of installation over time through property taxes.

The Federal Housing Administration will also allow low-income homeowners to save money by using renewable energy and making their existing energy use more efficient. The administration has set a goal of installing 300 megawatts of solar and other renewable energy in affordable housing by 2020.

Monday’s regulations also call for the Department of Energy to provide clear guidelines for renewable energy developers to distribute what they produce and make an additional US$1 billion out of an existing US$10 billion in loan guarantees available for such projects.

Congressional Republicans are likely to balk at the White House’s latest effort to promote renewable energy, although the regulations do not require lawmakers’ approval.