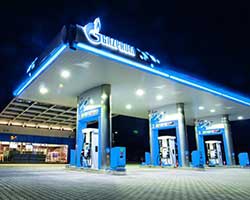 The European Union will launch a legal attack on Russian gas giant Gazprom this week, ramping up tensions with Moscow, when antitrust agents will accuse it of overcharging buyers in eastern Europe, EU sources told Reuters on Monday.

The state-controlled company, a vital supplier of energy to Europe despite frequent political disputes, could receive a full charge sheet from European Competition Commissioner Margrethe Vestager on Wednesday, one source said.

More than two years after Brussels started investigating Gazprom, the move comes just a week after the new EU antitrust chief charged U.S. tech giant Google (GOOGL.O) with abusing its market power after five years of hesitation by her predecessor.

Vestager has appeared determined to challenge big corporate powers since taking on the powerful post in November, regardless of past offers of compromise from both Google and Gazprom.

Despite the Danish commissioner’s insistence that she would look at only the legal merits of a case that focuses on Gazprom pricing policies differentiating between customers, the accusations will do nothing to ease EU frictions with Moscow over Ukraine in which gas supplies have played a major role.

The sources said Vestager was likely to send the charge sheet, known as a statement of objections, to Gazprom once she returns from a trip to the United States, where she arrived within hours of charging Google. Such a document sets out concerns about possible anti-competitive practices.

A source close to the Russian company said Gazprom had always wanted to find an amicable solution, so a statement of objections now “would not be a welcome move”.

Gazprom tried to settle the case last year by offering concessions to Vestager’s predecessor but talks floundered over its refusal to cut prices for eastern European customers.

The EU antitrust chief is taking a tougher line than her predecessor despite the political ramifications of some cases, said Mario Mariniello, a former economist at the Commission and now an expert at Brussels think tank Bruegel.

“Vestager is sending a message that her mandate is not about settling cases. If she has a solid case, she will push ahead with charges,” he said.

“Sending a statement of objections to Gazprom now would be her way of saying that she will focus on the substance of the case regardless of the political implications.”

The Russian behemoth, with annual sales of some US$100 billion, supplies about 30 % of the 28-nation bloc’s natural gas. It has been under investigation since September 2012, including for hampering the flow of gas across Europe.

In a speech in Washington on Thursday, Vestager did not name Gazprom but stressed she was ready to get tough with energy companies that “harm rivals, block energy flows from one EU country to another, or threaten to close the tap”.

Vestager has the power to order changes in companies’ business practices as well as to levy fines of, in theory at least, up to 10 % of their annual global turnover.

European Commission officials had said in February they were close to taking the next step in the investigation. – Reuters