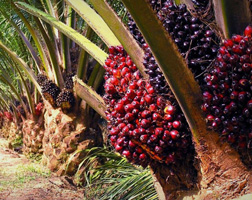 Malaysia’s palm oil industry has been given a brief respite after the European Union (EU) omitted any mention of palm oil in its updated Renewable Energy Direc­tive.

The omission came after an agreement was reached at the EU Trilogue between the EU Parliament, European Council and European Commission recently. According to an earlier proposal, a palm oil biofuel ban by 2021 was to be included in the directive.

The omission to any reference to palm oil after the EU Tri­logue was also a victory to Malaysia’s Plantation Industries and Commodities Minis­try, other ministries such as the International Trade and Industry, palm oil agencies, Malaysian embassies and ambassadors in EU countries, and the country’s palm oil smallholders.

Malaysia has been against the proposed ban, which was based on the argument that oil palm plantation leads to extensive deforestation, as the country was producing sustainable palm oil.

The ministry has said that with 5.8 million ha of oil palm cultivated, Malaysia still maintains in excess of 50% of its overall forest and green cover.

However, Malaysia still needs to continue with its work as the EU was still intent on phasing out the use of palm oil in transport fuels from 2030.

Last year, Malaysia exported 2 million tonnes of palm oil to the EU, which is its main market, as well as China and India. The country is seeking new markets like African countries, with Malaysia having recently opened an office in Ghana. to tap into this market.

Other steps include continuing to promote the country’s palm oil in­­dustry by strengthening its engagement with palm oil end users in EU countries to better understand the challenges and requirements and to continue consultations with various stakeholders in the EU.